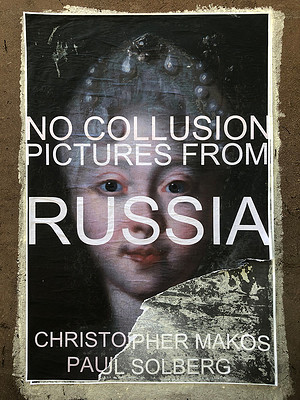 Pictures from Russia No collusion

Seidel City is pleased to present "Pictures from Russia, No Colusion, featuring works by Christopher Makos and Paul Solberg. The show will open with a public reception on Sept 14, 2019 from 7-10 pm with the artists in attendance, and will be on view from Sept 14 to November 17th. Seidel City will also host an talk by Ukrainian National Luba Michailova on September 14 at 6:30 pm. 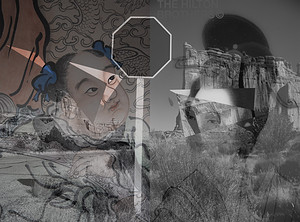 WE THE PEOPLE : MACEDONIAN MUSEUM OF CONTEMPORARY ART 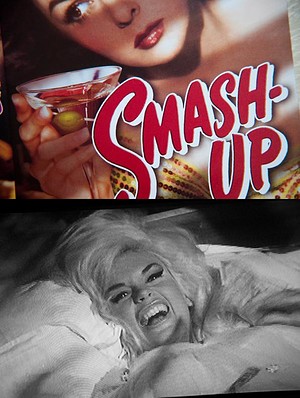 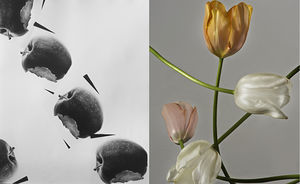 An exhibition of works by Christopher Makos and Paul Solberg

SetUp Contemporary Art Fair is a contemporary art fair which focuses its attention on emerging artists. Established in 2013, it is now celebrating its fifth edition. It takes place in Bologna during the art week, on the last week of January.

Setup means: “preparing the operations for the next start of a system”, and it indicates the fair’s intentions: ignite a new process to rethink the art system.

SetUp Contemporary Art Fair is the first and only fair designed to make interact the three key figures of the contemporary art establishment: artist – curator/critic – gallerist.

An intimate selection of works which most exemplifies the Hilton Brothers relationship with their hometown of NYC, and the artistic interation between NYC and Berlin. 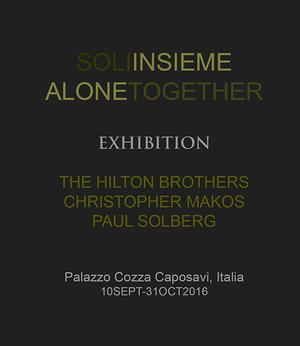 An intimate window of two contrasting solo careers and their interwoven 12-year collaboration of Makos + Solberg and the Hilton Brothers. 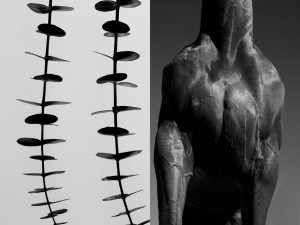 After 8 years in the making, the first full revolution of work from the duo will be seen in their new book "Tyrants + Lederhosen" (October 2011). Their first Opus of over 350 pages, covering their complete editioned works as well as new works from the duo. 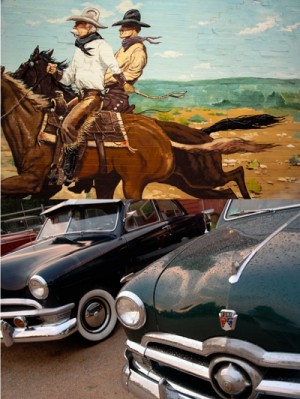 On October 18th, the Berlin-based galerie hiltawsky will present the latest show by New York photographers Christopher Makos and Paul Solberg, a.k.a. The Hilton Brothers. With ”Andy Dandy”, a combined diptych of Makos´ ”Altered Image” portraits of Warhol and Solberg´s flower portraits, as heart of the exhibition, the show will feature around 30 colour photographs from three artistic identities. 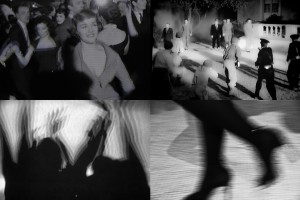 To collaborate is to struggle for resolution. Let the subconscious lead. It is about union. To find safety in conflict. Imperfection more perfect than Perfection. It is about separate, competing visions becoming one." - paul solberg, 2011, exerpt from "Tyrants + Lederhosen" 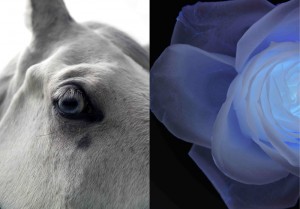 TOKYO: The Hilton Brothers: Chris + Paul, On the Edge of the World

Galerie Sho Contemporary Art is very pleased to present a solo exhibition of new work by the Hilton Brothers, which is the artist identity of Christopher Makos and Paul Solberg. This exhibition features an installation of their very exciting collaborative work in photography. This NY-based artist-duo produces a visual narrative with images that they collect and combine, creating a new language from images from all over the world. This is the first time the Hilton Brothers work will be shown in Japan 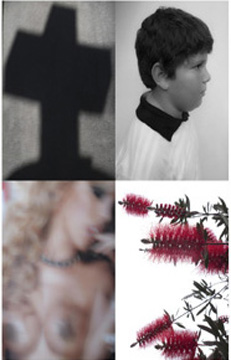 The Christopher Henry Gallery features contemporary paintings, prints, drawings, photographs and sculpture by emerging and mid-career artists, as well as works by Contemporary Masters including Warhol, Lichtenstein, and Rauschenberg. 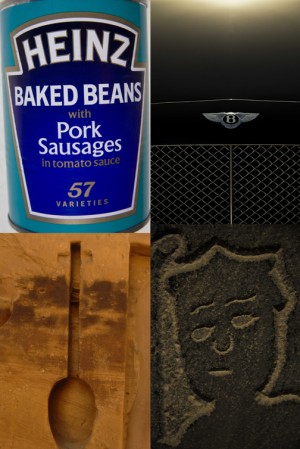 After 5 years since conception, the Hilton Brother's are having their first museum show at Museum Casa Encendida, in July 2009. Curated by legendary curator Lola Garrido. This exhibition is an exploration of Makos and Solberg, at first seen individually, and then progressively as their identities mesh in a unique conversation about the technical possibilities of contemporary photography, and the idea of identity as subject matter. The works exhibited here are intended to provide an overview that hopefully serves the viewer as a window on The Hilton Brother's slightly jarring, ever elegant visual response to the great, instant, challenging and complex world of the 21st Century 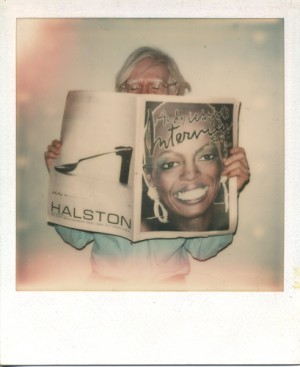 The Flo Peters Gallery starts into the new year with a group exhibition of the highest quality. Under the name Three! the Gallery presents the all American photographers Christopher Makos, Paul Solberg . On show will be Polaroids and Photographs by Man Ray-student and Andy Warhol-companion Christopher Makos, as well as colour photographs from Paul Solberg´s cycle Bloom, Eight and Flower on the ground floor. 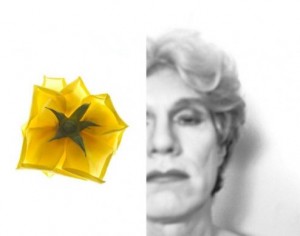 The Hilton Brothers' show at Sebastian Guinness Gallery brings together two bodies of work: the 'ANDYDANDY' and 'Hippofolium' portfolios. All are diptychs, to which each 'brother' brings his distinct contribution, creating a beautiful and intriguing dialogue between the two. 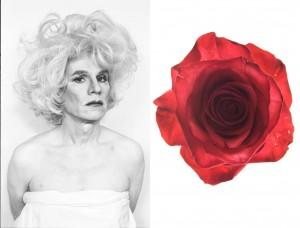 ANDY "DANDY" WARHOL EXHIBITION- HOTEL VILLA PADIERNA, MARBELLA -13th June 2008 - Hotel Villa Padierna is proud to announce its collaboration with the bespoke Marbella art gallery, Dideh Art, to host the first European viewing of "Andy Dandy", a photograph collection of Andy Warhol portraits by The Hilton Brothers. The photos will be on display to the public from 18th to 24th July 2008 at Hotel Villa Padierna and introduced during a glamorous event on 17th July at the hotel's new Roman Amphitheatre. 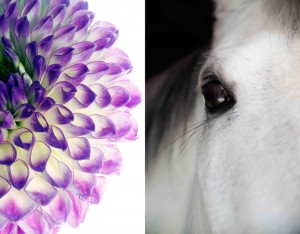 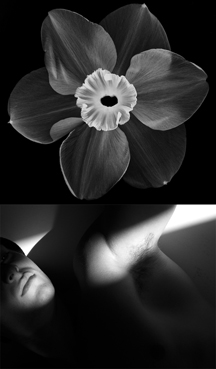 The Scent of Art In 2006, after hearing that more people travel to the moon than there are expert "noses" also known as perfumers, people who can understand and interpret elements to create fragrances, we had to find out more about this invisible and strange world of scent. 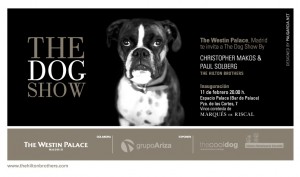 There is only one Palace Hotel, and a second home for the Hilton Brothers. Having opened their doors in 1911, it may be the Titanic's landlocked sister. In 2007, the Hilton Brothers' took down the regal portraits of renowned guests that have graced the walls for generations, and replaced them with portraits of homeless Dogs. This strange and witty confrontation brought in the best of Spain's royalty and rock stars.
Read More